The kangaroo grass heads were almost level with the children’s along some sections of the track. Scattered amongst the native grasses, the delicate rattle grasses attracted our attention – and a couple of the children reached out to roll their weeping shell-like heads between their fingers, and to pick them like a bunch of flowers.

Inevitably, some of the spikiest and stickiest grass seeds lodged themselves in the children’s shoes and socks. So the walk was punctuated by regular stops to pull them out.

One group of children were intent on picking grass-seed heads to make posies and decorate hats. They were quite preoccupied with this task, repeatedly declaring their love of the grasses and of the art of decoration. ‘Now that I’ve made this grass posy, I can get married’, one of them declared. 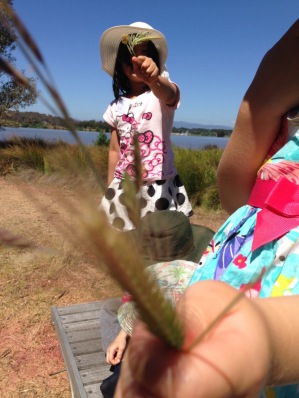 Throughout the walk, the children expressed a heightened awareness of the grass, and its various functions and affordances. One child drew everyone’s attention to a flattened area of dead grass, ‘Look, a kangaroo grass bed’ she confidently proclaimed. ‘This is where a kangaroo lay down to sun itself’.

Others noticed a pile of grass stems and heads scattered on the ground. On closer inspection, they could see that ants were swarming all over the grass stems. They discussed how they were probably picking up the seeds and carrying them down their holes ‘to feed the queen ant’.

Others still, decided that lying around in long green grass and enjoying the warm sun, like the kangaroos do, is particularly enjoyable. They kept commenting on how soft and comfortable the grass was – like a bed. They made grass pillows and covered themselves with grassy blankets, settling right in. 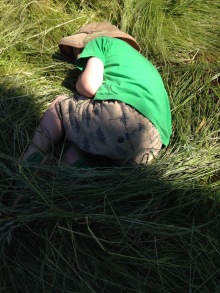 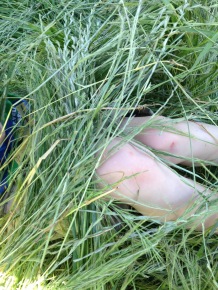 Weed killer had been sprayed around a park bench that the children were playing on. We warned them not to touch any pink patches of grass, because the pink colour indicates poison. One child, in particular, became fixated on the implications of poisoning the environment. She wanted to know if we would get poisoned if we walked on the grass with our shoes on, or only with our shoes off. She wondered what would happen to the animals that touched the poison grass, and in particular, the rabbits that ate the grass. ‘I think they might have died because they ate the poison grass’ she said, remembering all the dead rabbits that we had seen on earlier walks. ‘I don’t know why people poison the grass and kill the rabbits’ she added, struggling to make sense of such acts.

A couple of children were so attached to the grass that they carried some back to put in their lockers. 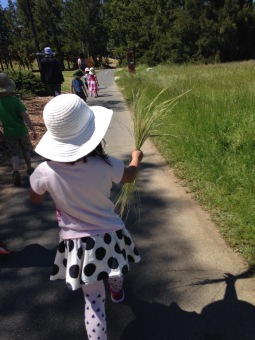 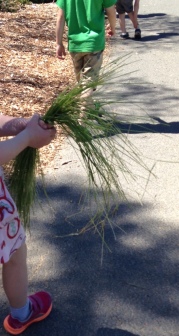 Holding onto the grass seemed to trigger reflections upon its significance to their family life. As we walked, one child told us that her whole family likes grass. Her aunt’s horse eats grass. Her dogs eat grass when they feel sick, and they like to sleep in grassy beds. In fact, her house is full of bits of grass that the dogs bring in from outside. Another explained how her mother uses dried grass to make hats. ‘She made the hat I’m wearing out of grass’ she declared proudly, and asked me to take a photo of it. 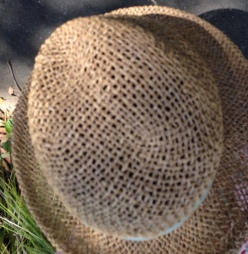